Gender Equality: Does It Exist in Your Workplace? 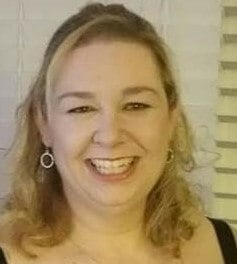 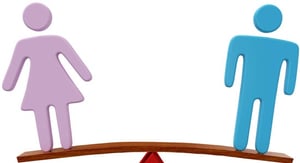 Gender equality will only be reached if we are able to empower women. Michelle Bachelet
There are many factors that lead to gender inequality in the workplace, including how employees are paid, treated, and valued based on their skills, or whether these factors are influenced by an employee’s gender. But what does gender equality look like in a professional setting, and what can you do to promote it? These are questions that many women professionals and women in power face every day, and today we’re going to look at whether or not gender equality exists in Canadian workplaces, and what you can do to make positive changes for yourself and others.

You may hear the term gender wage gap and think a long-dead ghost has returned from the grave to haunt you, but the truth is the gender wage gap never actually went away. When people talk about it in Canadian workplaces today, it’s because it still exists. In fact, even in 2017, women in Canada still only earn 74.2 cents for every dollar that a man earns. And when you're talking about gender equality in the workplace, this is one of the most blatant pieces of evidence proving that we still have a way to go before throwing in the towel and saying our work is done.

Gender Equality and Women Who Struggle to Have Their Voices Heard

However, the tangible wage gap isn't the only evidence that points to the fact that Canada still doesn’t have true gender equality at work. If you were to ask any woman professional if she feels her voice is truly heard at work compared to a man’s, you might—or might not be—surprised to find out how many would say they aren't valued the same as their male counterparts. In the New York Times article “Speaking while Female,” Sheryl Sandberg and Adam Grant describe this common scenario many women have experienced in the workplace: “When a woman speaks in a professional setting, she walks a tightrope. Either she’s barely heard, or she’s judged as too aggressive. When a man says virtually the same thing, heads nod in appreciation for his fine idea.”

Women as Entrepreneurs: Being the Solution

There are many ways to combat inequality, and it starts with each person in a position of authority asking daily “how do I promote gender equality in my workplace?” Unfortunately, there will be some workplaces that just aren't willing to ask the tough questions or put in the hard work, and this means the pace of change will be slow. Another option for women is to leave workplaces that don’t foster and appreciate their talent to strike out on their own. There are many different entrepreneurial ventures out there that are ideal for intelligent, talented, and driven professionals, and how incredible would it feel to wake up every morning knowing that you're the only boss lady you have to answer to?

Exploring opportunities as a business owner and entrepreneur may be exactly the change you’ve been looking for, and there's no better way to combat gender inequality in the workplace than by putting people in charge who are aware of the problem and committed to rectifying it. One option to consider is to partner with WSI and join the ranks of women in digital marketing. This will allow you to be your own boss, explore your potential, set your professional goals and meet them on your terms. Why not explore the idea of enjoying a job that affords you a healthy work-life balance, and sets new standards for what gender equality looks like in the workplace?

As the first step, check out the video below to find out if a digital marketing business can help you achieve those goals.