From Hard Sell To the World’s Number One Digital Agency: A Profile on WSI Founder, Dan Monaghan

Dan Monaghan, a co-founder of WSI, was recently profiled in Franchise Canada. Dan started dreaming of owning a Dairy Queen franchise when he was 11 or 12 years old, and eventually became the founder and managing partner of Clear Summit Group, a franchise accelerator that manages six brands across 80 countries, with over 1,500 franchises in its portfolio. 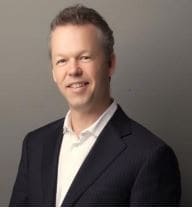 During his teenage years, Dan did end up owning an ice cream franchise, but not a Dairy Queen. He bought a Dickie Dee ice cream franchise and hired kids to ride around on bicycles selling ice creams. Following university, he started a publishing company with his younger brother, Paul, that sold a prototype podcast in an audio-cassette form on topics ranging from politics to economics. During this time, he realized that the Internet could become the ‘information superhighway’ that the business world was expecting, which led him to want to get an online webpage for their publishing company. This proved to be easier said than done as, at the time, there was a lack of professionals who could provide the design, technology and marketing services he wanted.

Dan, as an aspiring entrepreneur, saw the business opportunity and with $50,000 capital from family and friends, started what has become WSI, the world’s largest digital agency network. You can find out how Dan and his colleagues built and grew WSI into the global marketing giant it eventually became, a well as all about the strategies, beliefs and values that were needed to grow WSI to being named as the world’s number one digital agency in 2019 by the Web Marketing Association, by reading the article.